UNEMPLOYMENT WON’T BE SOLVED BY TALKING ABOUT IT, ACTION NEEDS TO FOLLOW AS A MATTER OF URGENCY 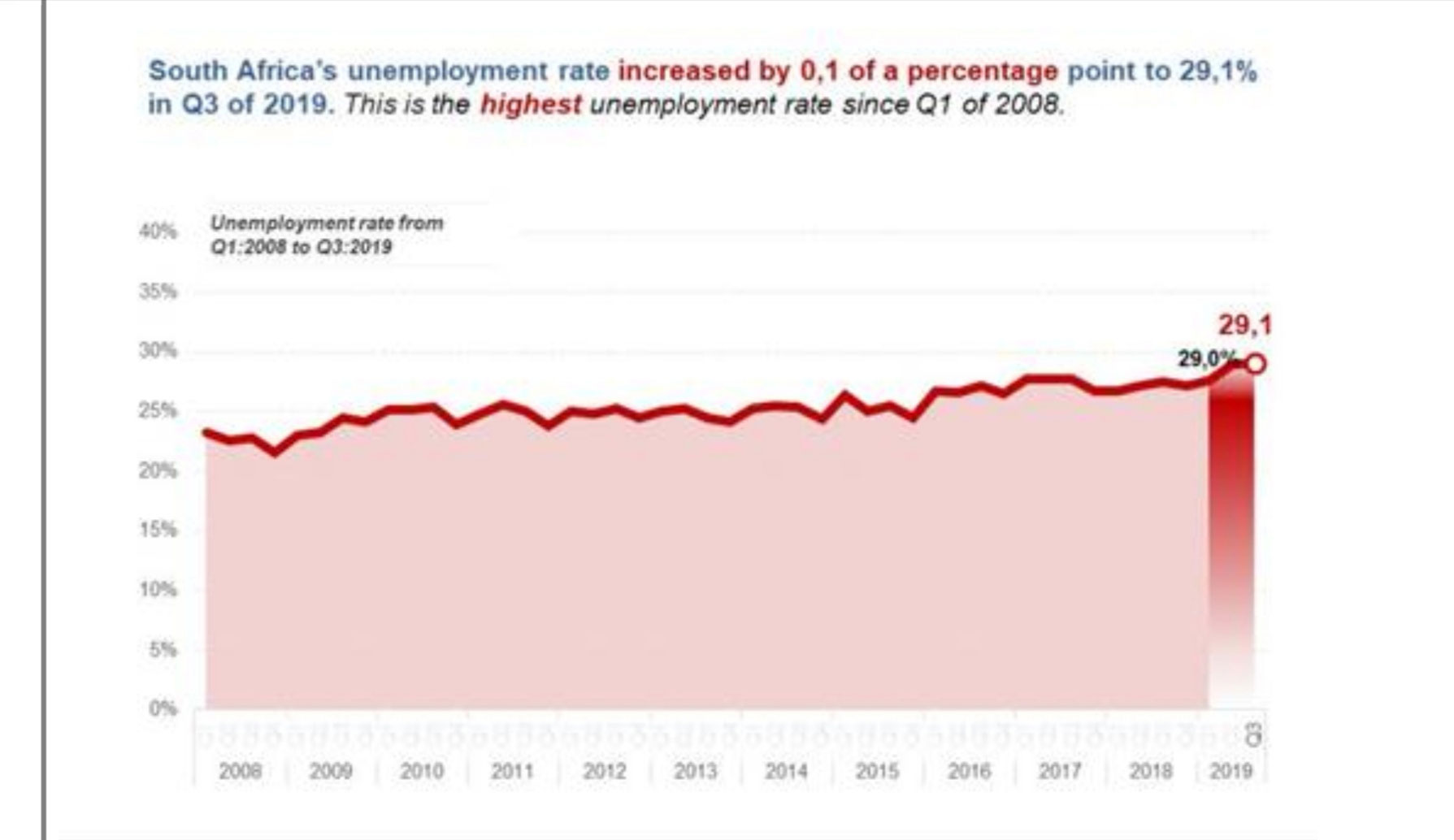 The shocking news that our unemployment numbers have increased to 29,1% for the third quarter of 2019, as announced by Statistician-General Risenga Maluleke earlier today, seems unreal given the amount of talk the topic has generated lately.

There seem to be lots of words and promises, but little to no action.

Employment numbers are one of the clearest indicators of government policy success or failure. When instead of creating jobs, the South African economy has lost a staggering 512 888 jobs over the past year between the third quarter (Q3) of 2018 and Q3 2019, pushing up the unemployment number to 29,1%, it becomes evident that government policies are not working as they should.

Last year, Pres. Cyril Ramaphosa announced a giant infrastructure fund as part of his economic stimulus plan in September 2018. More than a year later the promised fund of R100 billion has still not been launched and no jobs were created. In October last year President Ramaphosa also signed the Job Summit Framework in Midrand and promised ‪275 000‬ new jobs per year.

It is sad to see how after all was said and done; more was said than done.

South Africa needs a complete overhaul of its policies to stop the unemployment disaster. The numbers show that South Africa’s policies are failing to create jobs, just as the labour market numbers have shown us for a very long time.

UASA calls on all who have sworn to serve our country and its people to put their words into action.