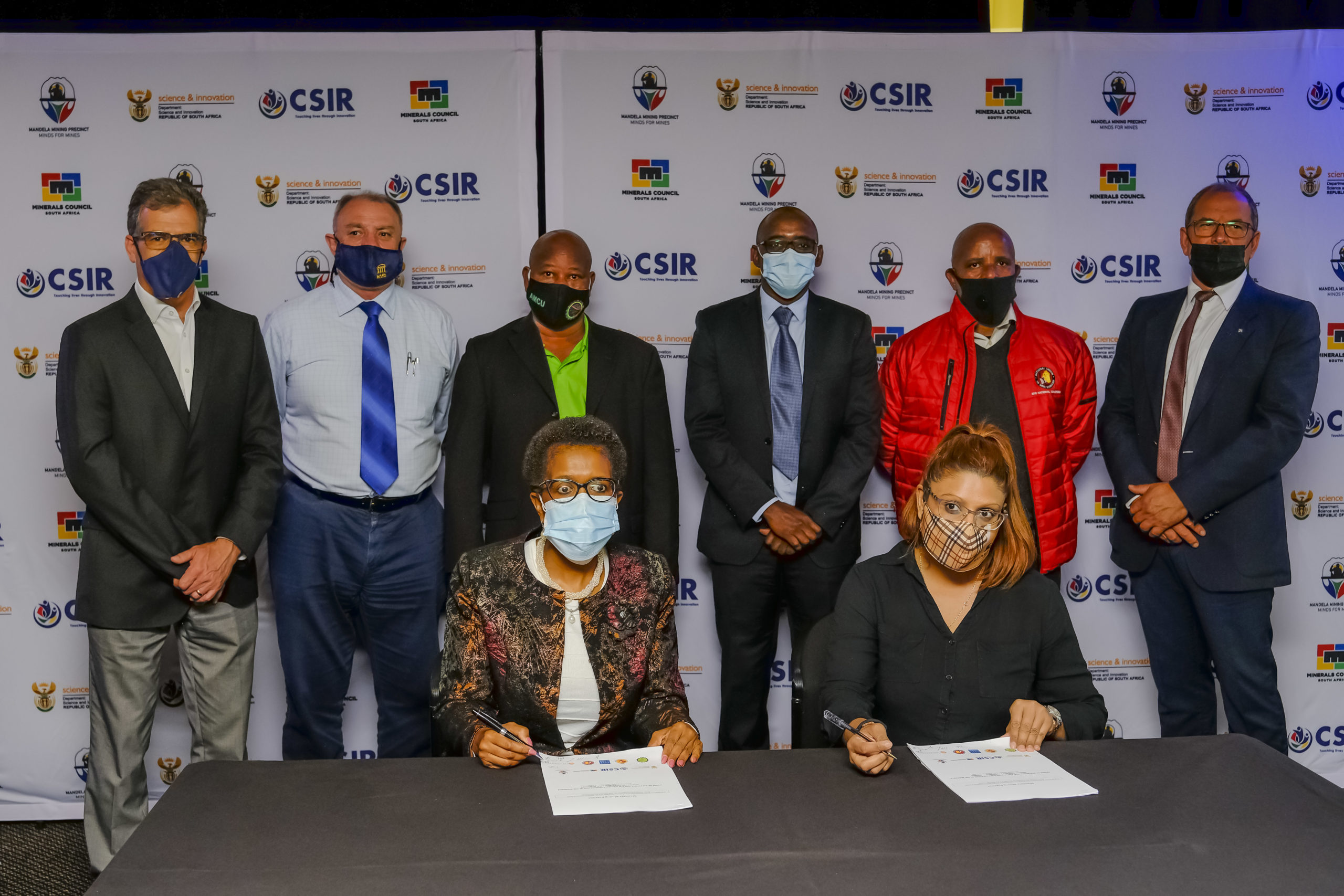 The terms of reference detail the extent of organised labour’s involvement in the MMP, including periodic meetings allowing for contributions to the MMP’s research agenda and plans.

The MMP is a public-private partnership between the DSI and the Minerals Council aimed at revitalising mining research, development, and innovation in South Africa to ensure the sustainability of the industry. Unions represent thousands of the 450 000-strong workforce in the sector and were concerned that modernisation of the sector would mean workers losing jobs as mechanisation increases.

Dlamini said today marked a significant milestone for the MMP as the organisation committed itself to working together towards a common objective.

Ms. Fakude of the Minerals Council said she was encouraged by the progress being made in research and innovation. She welcomed organised labour as a partner to the initiative as the sector was critical in playing a meaningful role in the modernisation journey towards a secure future in which no-one was left behind to transform the Mining Industry into a sun raise industry in the South African economy.

UASA Divisional Manager: Minerals, Frans Stehring recalled previous conversations on union participation in the modernisation agenda, stating that the discussion started several years ago, before the MMP. “As we sign the terms of reference, this day serves as evidence to discussions from the early 2000 and UASA would like to pledge its call towards the MMP because this is a legacy that we are building, ensuring that we as UASA and part of organised labour enable a just transition for the current mine workers to obtain the necessary skills in a modernised Mining industry.”