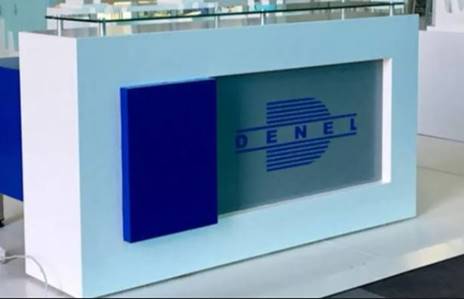 UASA’s case of mismanagement and contempt of court against the board of directors of Denel was this morning postponed to Wednesday, 27 January 2021 to afford the respondents further opportunity to file affidavits in response.

All board members will have to attend again.

UASA instituted mismanagement and contempt of court proceedings against the directors of Denel after the state-owned weapons manufacturer did not act on a court order to honour all outstanding contractual and statutory obligations towards UASA members in its employ for the months of May, June and July 2020.

In late August this year Labour Court Judge Daphne Mahosi ordered the board to appear before her on today to show cause as to why they should not be found in contempt of court after not paying their workers’ salaries as ordered.

Earlier in August, Mahosi found that Denel had breached the most fundamental obligation of an employer in an employment relationship, namely, to pay remuneration for work done. It ordered Denel to pay employees, including UASA members by no later than 7 August 2020.

Denel has now been in default for nine months of unpaid salaries and benefits to Denel employees. It is an absolute scandal that the state, as the majority shareholder in Denel, is doing nothing to assist these workers. UASA had no choice but to stand up to protect the workers from this abuse.

We demand swift and immediate action against the Denel board and want to see urgent measures implemented whereby unpaid salaries will be rectified and backdated and an explanation be given as to why the Court’s instruction was ignored.  While the Denel directors received full pay, UASA members and other workers employed by Denel were paid a meagre 9% (nine per cent) of their salaries over the past nine months.

Due to the poor management at Denel livelihoods are being lost while people are still employed. We are now approaching the festive season and many Denel workers won’t have any money to enjoy the December holidays with their families.  In fact some of them lost their houses, cars and some even committed suicide.

UASA urges government to take responsibility and take action as a matter of urgency.

For further enquiries or to set up a personal interview, contact Johan van Niekerk at 083 282 5673.