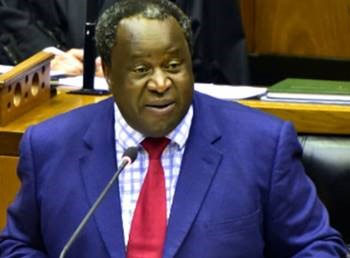 Finance minister Tito Mboweni has a difficult task before him.

Tomorrow, when he tables the National Budget, he has to satisfy not only South Africans, but the international community at large. Ratings agencies including Moody’s, the only one not to have dropped South African credit to junk status, will be paying close attention to the contents of the speech as it will determine their upcoming rating in March.

UASA expects from the this budget speech clear visions and plans to rescue the economy and create jobs. We cannot listen to feel good speeches anymore that do not translate to real sustainable actions and solutions.

We will be paying close attention to the unemployment initiative that was announced by the President during his State of the Nation address (SONA). Where is this 1% going to come from if the government has already tightened its belt in terms of spending?.

With unemployment currently sitting at 29%, now more than ever it is of utmost importance to have clear action plans to remedy this issue.

We are also expecting the minister to outline the plans regarding SOEs, tax payers cannot afford any more bailouts while the government pours money into companies that have no returns at all.

Our country is in a financial mess that hampers all efforts towards the healing of our weak economy.  Raising taxes can only take us so far.

We need strict and decisive action to save our country and to take our people towards that better future they were promised years ago. Tip-toeing around issues and not attacking them head on is not going to accomplish that.

Choices now need to be made in favour of the citizens of this country. They deserve better than living under the threat of financial doom.