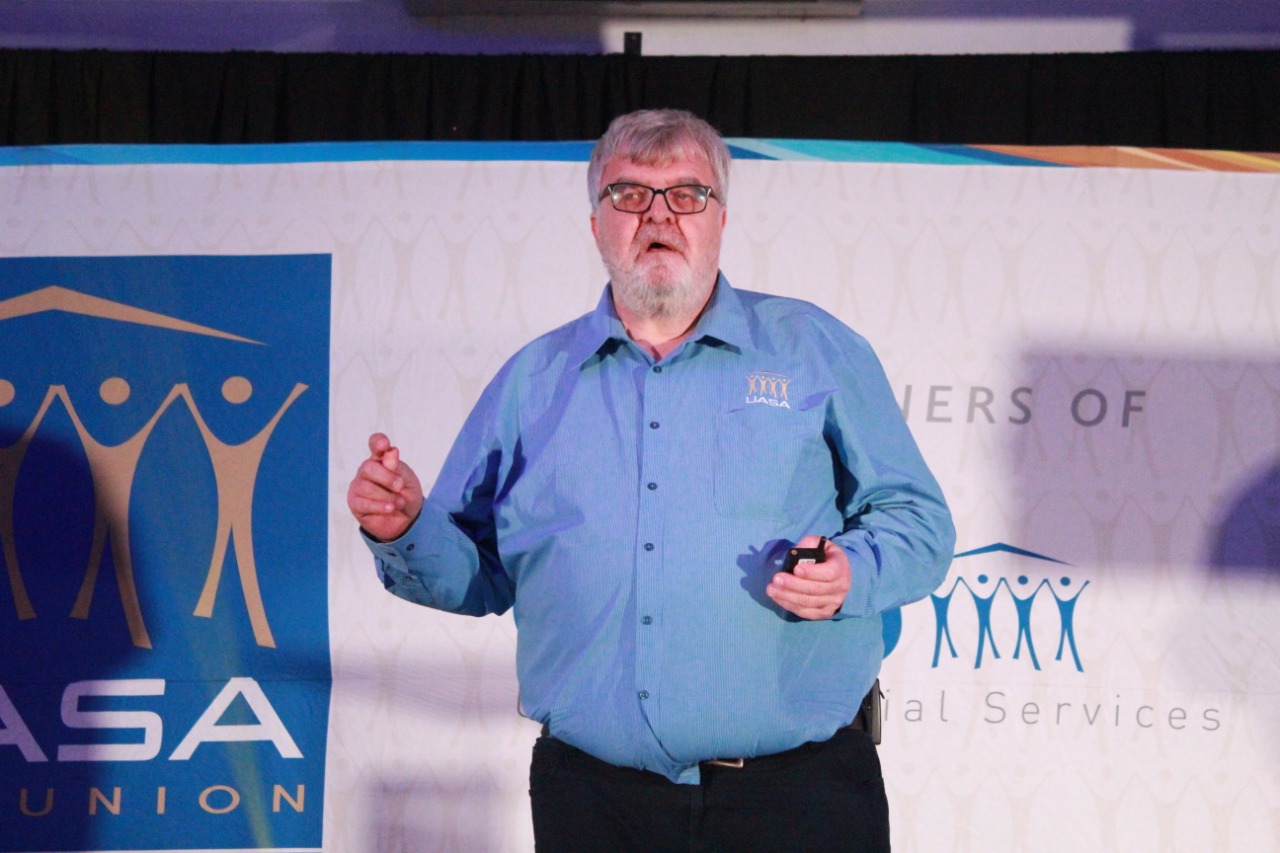 Government must start working and acting like a real government and not a complaint shop, particularly in terms of providing education that encourages problem solving and independent thinking and makes people employable, economist Mike Schussler said at the trade union UASA’s 7 th four-yearly congress at the Misty Hills Conference Centre in Krugersdorp, Gauteng.

Last night, Schussler presented UASA’s 20 th South African Employment Report (SAER) themed: Unemployment the cause of ALL South Africa’s problems in the post Covid world, and how do we increase employment? Schussler addressed economic challenges and possible solutions to overcome the desperate unemployment situation in South Africa. He stressed that South Africans would have to think outside the box for workable solutions.

Schussler suggested practical solutions on how government and unions can work towards empowering South Africans, including:

• a stronger focus on self-employment;

• legalise and help the fringe.

Schussler said while education in South Africa increased, employment had not. “This tells us something is wrong with the system. It may be the quality of our education output, or we produce people who do not believe in themselves. Government must look at educating people to make them employable and not just to give them a piece of paper. We need people who have learned to solve problems, not create more problems,” he said.

Self-employment is not just an economic policy but a personal strategy which government and local administration can encourage by:

• stop putting people in buildings far out of the way;

• dropping ALL taxes for firms with a turnover of less than R3 million per annum (turnover is not profit);

• scrapping ALL BEE requirements (at a minimum for firms with turnover of less R1 billion).

“Personal development should be an individual strategy reflected by all,” said Schussler.

• better ability to work for ourselves;

• legalize as much work as possible;

• government must improve education, and even if less people get it, they must know what they have is worth it and works.

“All of this also supposes that government fixes problems like power supply, water shortages, rail transport, harbours, roads, courts, police, and more. Government must start working and acting like a real government and not a complaint shop,” Schussler said.

With South Africa’s unemployment rate at an all-time high, UASA takes the input from economists like Schussler seriously as we work hard towards shaping a better future for all while ensuring that our industries remain relevant and sustainable for the livelihood of our workers.

UASA CEO Jacques Hugo encouraged UASA members and fellow South Africans to take South Africa back to where it was before. Sustainability and economic growth are key factors to a stable future where majority of the population is able to survive under normal circumstances and a basic affordable living wage,” said Hugo.