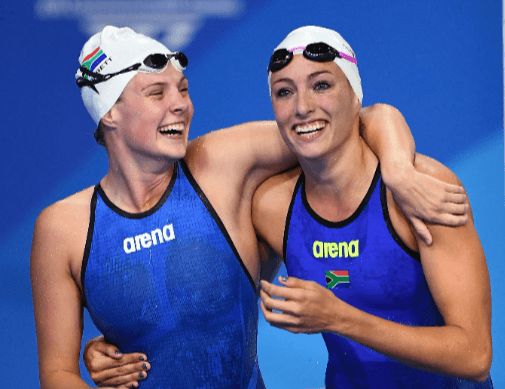 Tatjana Schoenmaker and Kaylene Corbett did South Africa proud, aptly on the eve of Women’s Month. Raising our flag high, the two Olympians brought renewed pride to our troubled nation.

Schoenmaker’s gold after setting a new Olympic record in the women’s 200m breaststroke this morning in Tokyo is the crown on years of training and dedication. Corbett, who won the second semi-final and made it to the finals, makes us equally proud.

Their achievements build on those of South African women before them, and with Women’s Month ahead, not least those of the thousands of women from all backgrounds and cultures who in 1956 marched to the Union Buildings in Pretoria to protest against the abusive and humiliating pass laws.

South Africa celebrates Women’s Month 2021 under the theme “Generation Equality: Realizing Women’s Rights for an Equal Future”, and with this in mind, UASA reiterates its call on all South Africans to put an end to gender-based violence and harassment, including physical, sexual, verbal, emotional, and psychological abuse, threats, coercion and economic or education deprivation.

We make this call on behalf of all victims of GBV, which is not limited to women girls but often includes men and boys. We also remind government of its responsibility to ratify the International Labour Organization (ILO) Convention C190 which serves to eliminate violence and harassment in the world of work.

UASA calls on all women in South Africa to stand on the shoulders of those who have come before and make discoveries, gain insights and make progress to fulfil their dreams and ambitions. We are proud of our women and how far they have come in the labour movement and elsewhere.

We fully support you as you pave a road to a better South Africa for those who come after you. Make your voice heard and let your achievements shine!
It is up to all of us to make our country a better and safe place for everyone.
To all participants who are representing South Africa at the Olympics, we wish you all the best; continue to raise the South African flag high. We are proud of you.

For further enquiries or to set up a personal interview,
contact Abigail Moyo at 065 170 0162.