SONA 2020: WE NEED MORE FROM CYRIL THAN A FUTURE-FOCUSED FEEL-GOOD MOOD 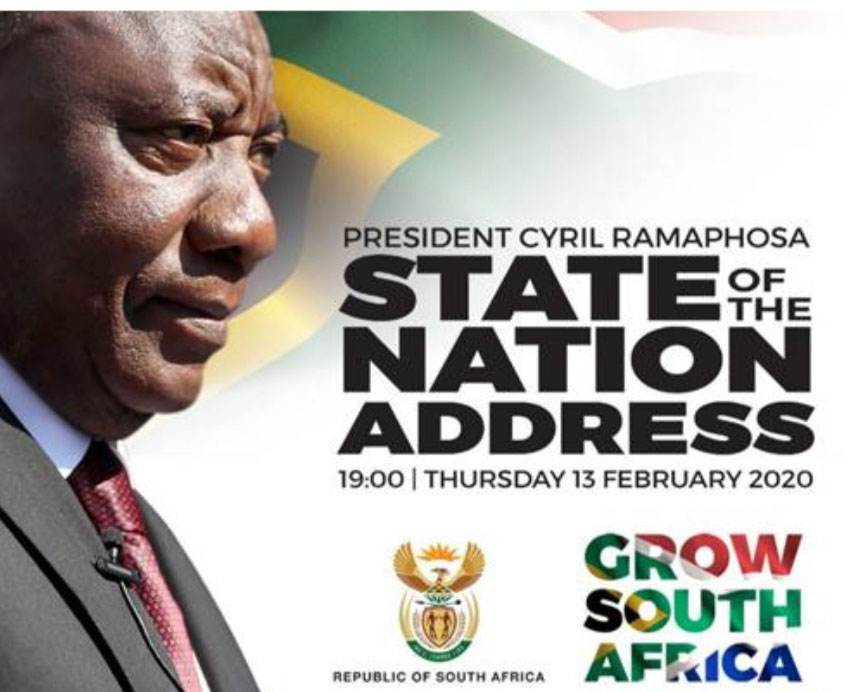 President Cyril Ramaphosa’s past State of the Nation (SONA) addresses have created a positive and future-focused mood, but unfortunately the promises have often not translated into reality.

Having listened to good-sounding promises that have not materialised, we hope that his SONA will deliver clear and decisive approaches to the issues plaguing our economy, chief amongst which are the unreliable power supply and poor state of SOEs.

We call on Ramaphosa to focus on a stronger collaboration between the government, business and labour in order to achieve higher inclusive economic growth for our country and create the thousands of jobs he promised the unemployed, especially the youth.

South Africa is currently facing a series of challenges on both economic and social stages.

The economy has been in a slump for too long with only one ratings agency shedding a glimmer of hope. We need immediate turn around strategies to be implemented, grow the economy and reduce the unemployment figures.

In 2019, Ramaphosa promised to create 2 million jobs for the youth over a period of ten years but so far, no progress has been made, instead the unemployment statistics have only increased hence, it is time to call on the president to deliver on the promise that he made to the nation.

But, the sad reality is that the unemployment rate still remains at 29.1%.

Although, the president showed effort by hosting the Jobs Summit in 2018 and the South Africa Investment Conference in 2019 where he hoped to attract investors and raise billions that would be implemented towards economic growth, there is more that still need to be done in terms of tackling the issue of unemployment:

In addition to strategic and practical solutions to tackle crime against children, women and students, Ramaphosa must also focus his attention on gender-based violence which has seen an unwelcome rise in South Africa with very little being done to address the matter on a larger scale.

We are also still waiting for the list of registered sex offenders to be made public as was promised by the President  in September last year.