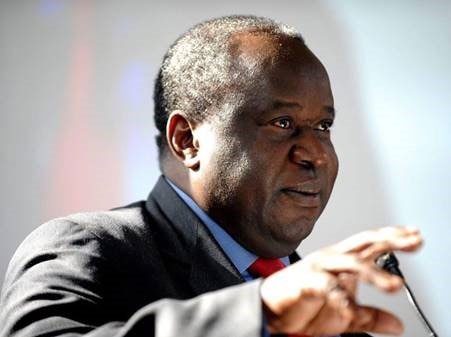 With Finance Minister Tito Mboweni tabling his Medium-term Budget Policy Statement tomorrow, UASA has identified a few major issues we would like to see solutions to or at least cleared up during the minister’s speech.

The first of these is tax revenue. The South African taxpayers’ trust in SARS is declining rapidly because of the estimated R60 Billion shortfall that taxpayers expect to have to pay for. The working class is currently under immense pressure due to high costs of living that they are reaching a point where they may start dodging taxes because they simply can’t afford to pay more.

Minister Pravin Gordhan will today announce the plan regarding Eskom, we are expecting a clear, decisive and unforgiving plan in order to turn Eskom around once and for all. Throwing money at the state-owned company whenever it threatens with load shedding will not cut it any longer in the eyes of the already suspicious taxpaying public. The last thing we need is another fly-by-night CEO who leaves within a year of being appointed, as we have already seen no less than 10 CEOs at the company over the past decade. We expect Minister Gordhan’s announcement today to tie in with tomorrows Mid-term budget as an indication of a united government working together.

South African Airways is another tax gobbling state-owned company that has emptied taxpayers’ pockets for decades. Pres. Cyril Ramaphosa said at the Financial Times Africa Summit in London the airline was in discussion with a number of interested private sector parties and other potential partners. South Africa needs to know the way forward to make SAA break even and stop relying on citizens to fill its coffers.

We need more clarity on minister Mboweni’s plan for the South African economy as published on the website of National Treasury. South Africans need to know the way forward towards a growing economy that will benefit all by creating jobs and a better life for South Africans. This would also go a long way in restoring confidence with the international ratings agencies such as Moody’s, who is set to announce a ratings update on the 1st of November.

Denel failed to supply R250 million worth of army vehicles to the government of Chad, despite having been paid a R100 million deposit almost two years ago. Chad has cancelled the deal and wants its money back. This at a time when the state arms company can hardly pay its employees and is receiving billions in state bailouts. This cannot go on any longer, we cannot have employees not getting their salaries or receiving part of their salaries when they are continually meeting their end of the employment agreement. It is not fair to these already cash strapped employees.

Water security is fast becoming a problem. We have received messages from the Department of Water and Sanitation that we do not have a crisis , words that government has used several times in the last few years that have always ended in big surprises for instance, when load shedding was the net result. We might be running out of water and we need to use our water wisely. Given the various challenges we have had with little to no rainfall as a result of climate change.

UASA would like to know what is governments plan to ensure a reliable and cost effective solution amid droughts and climate change? Should this not be the time for the government to ramp up programs to counter climate change in our country and abroad?

South Africans need honesty and transparency. We cannot carry on waiting for solutions to our current problems while the problems are getting worse.

We need clear leadership and direction from the government