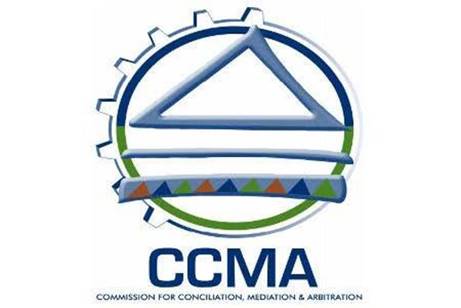 The Commission for Conciliation, Mediation and Arbitration (CCMA) is in crisis after it was announced earlier this year that its budget would be cut by R600 million over three years, starting with a budget cut of R100 million in 2020.

The cut was unexpected and not in line with the increase in the demand for its services, including dealing with the effect of the Minimum Wage Act.

The budget cut will impact heavily on the country’s workers who suffered job losses due to the Covid-19 lockdown regulations, and who in cases of unfair dismissal or other labour-related problems will now have to deal with a CCMA that is not functioning to full capacity. Apart from the budget cut the CCMA has to make do with a diminished staff component due to Covid-19, which means more turnaround time per case.

UASA attended a virtual discussion with stakeholders last week during which CCMA Director Cameron Morajane highlighted the changes at the CCMA, including:

Morajane said despite the challenges by the CCMA it would continue with its statutory conciliation- mediatory- and arbitrative obligations.

UASA insists that government provide proper services for workers who need assistance with labour-related issues. Both workers and employers must know that there is a well-functioning CCMA to protect against abuse and unfair treatment, to retain industrial peace and carry out its mandate of social justice.