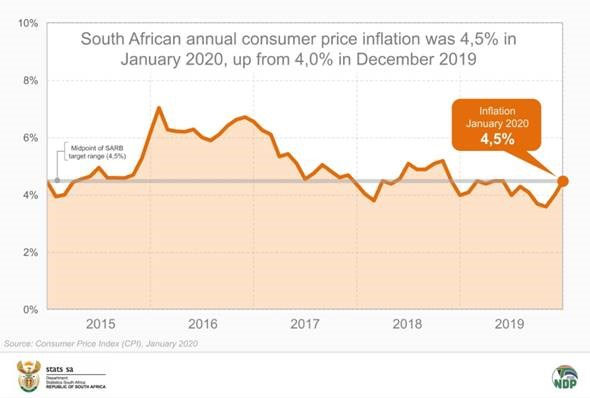 The increase in the minimum wage by 3,8% as from 1 March is welcomed, but simply not enough.

Combined with South Africa’s inflation rate which in January 2020 rose to a seven-month high of 4,5% driven by higher fuel prices, minimum wage workers are on the losing end.

Inflation was driven by an increased fuel price in January, with the cost of petrol at 15% higher than in the same month last year. The cost of petrol affects all items transported by road and has a direct influence on the price of food and other consumables.

The minimum wages for the different sectors were introduced early last year but were agreed on two years earlier in 2017. This means that workers who earn minimum wages are already lagging two years behind and now have to be satisfied with a minimal increase.

With consumer inflation at 4,5% they are worse off than before.

As from 1 March 2020 domestic workers will, for instance, earn R15.57 per hour and farm workers R18.68 per hour. Are these amounts really what government considers to be living wages?

UASA considers the minimum wage increase too low and not enough to cater for the basic day to day needs of an average family. We call on labour minister Thulas Nxesi to review these increases as consumer goods will be getting more expensive.