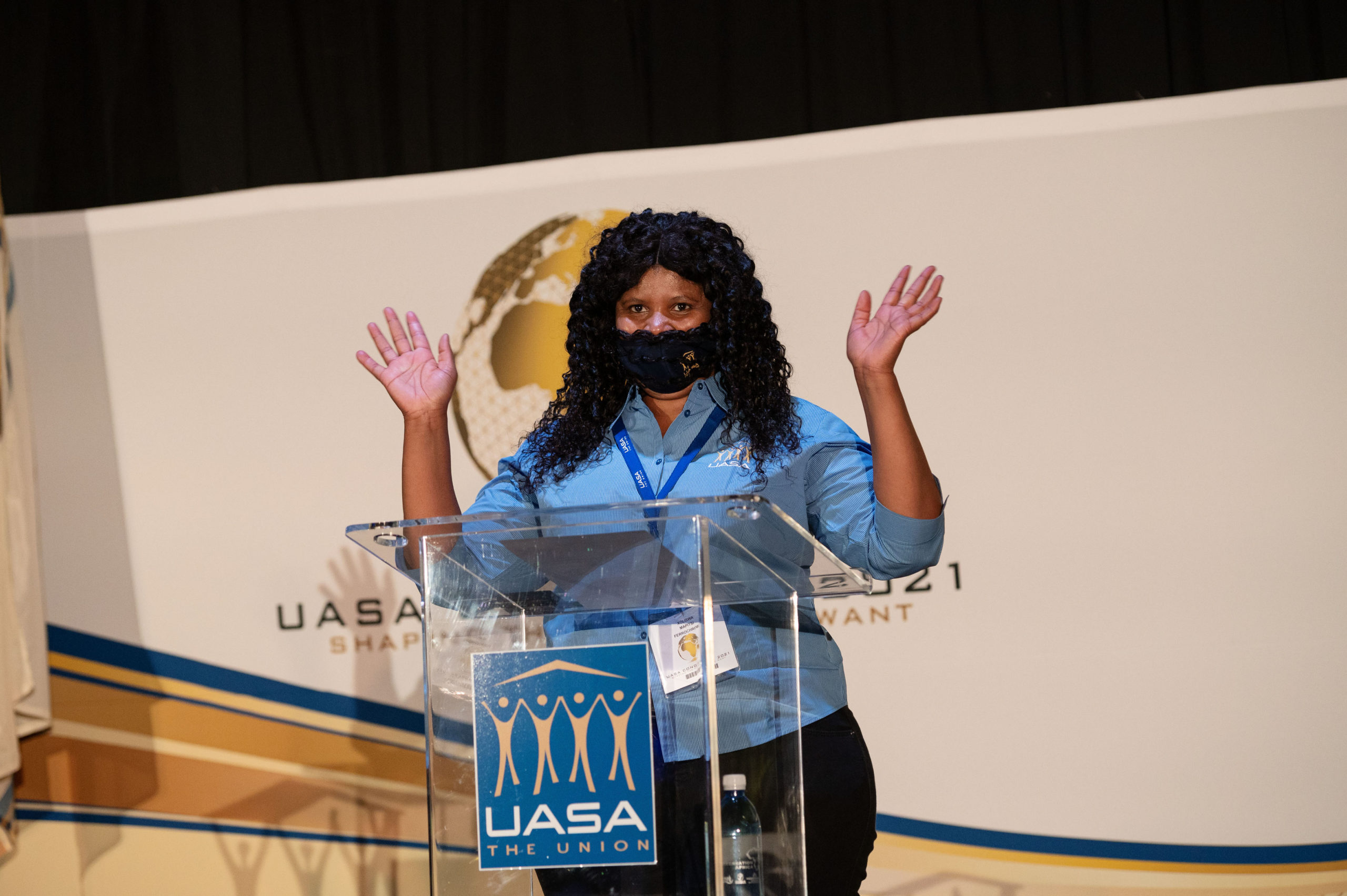 I, Mrs. Patience Mapitsi commit to being UASA President who serves our members with pride and dignity. In my capacity, I dedicate my hard work and obligate to put UASA members first.

“I encourage all our young members and workers to come forward and be actively involved in union practices. In a post-Covid-19 world where we are all trying our best hard to make ends meet, I believe that tackling industry challenges and coming up with sustainable solutions will certainly benefit our economy in the long run.”

I am confident that engaging on issues about economic growth, climate change challenges, and industry development with young minds will go a long way in ensuring that we create an ecological world where our future is protected, safe and sustainable with enough jobs for all people.

“Let’s work together to build a greater UASA and shape a better future for the labour force and our country,” said Mapitsi.

Who is Mrs. Patience Mapitsi?

As the new President, what are your plans for UASA and all the sectors that we represent?

Being a black female President of UASA is a huge achievement and honour for me as an individual and my career. I am still in awe of such a huge milestone and the trust that our members at UASA have in me. I am proud of myself and to be part of such an amazing organization.

As I embark on this new journey, my dream is to see more women empowered to achieve greater and be inspired. “If I can do it then we can all do it.” I would like to see women working together and empowering each other to overcome industry challenges including, GBV, harassment, and inequality. Achieving equality means that women will be able to acquire higher positions and that they will be given fair opportunities to be leaders and be advocates for the change that they want.

“I call on the government to continue with the process of ratifying the Convention 190 (C190) of the International Labour Organization (ILO) which advocates for the protection of children and women and the elimination of violence and harassment in the world of work and at home. All acts of GBV and harassment must be eradicated. We must protect women and children at all costs.” – emphasized Mapitsi.

For further enquiries or to set up a personal interview, contact Abigail Moyo at  065 170 0162