MARIJUANA IN THE WORKPLACE, WHAT DOES THE LAW SAY? 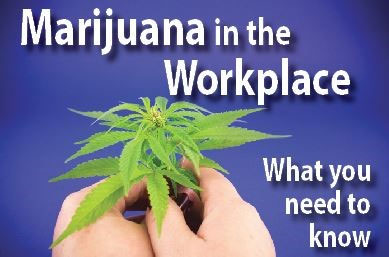 Many employers have policies that prohibit employees from being under the influence of alcohol or drugs at work. This type of policy not only aids in making the workplace safer, but it also reduces the risks associated with drugs and alcohol use.

Policies against marijuana in the workplace remain valid and unlawful even after the Constitutional Court judgement that grants individuals the right to cultivate/possess and use cannabis in private.

This judgement however does not mean that an employee now has a right to report for duty under the influence of marijuana, having smoked at home before commencing work. Nor can the employee insist on a right to have a marijuana smoke break during his lunch, even if that is outside the workplace.

The effects of smoking marijuana can last up to 3 hours and remain detectable in the bloodstream for up to 30 days after consumption. An employer is within his/her rights to prevent an employee from entering the workplace with cannabis in his/her possession or if the employer suspects that the employee smoked marijuana before reporting for duty and is still under its influence.

The employer must provide a safe working environment for all their employees as stated in the Occupational Health and Safety Act. The Constitutional Court judgement does not affect the applicable provisions in this Act.

How Does Marijuana Use Affects Workplace Safety?

THC in marijuana affects depth perception, reaction time, coordination and other motor skills, and it creates sensory distortion. For someone operating machinery, driving a forklift or delivering products in a vehicle, these effects can be deadly.

According to a study by the National Institute on Drug Abuse, employees who tested positive for marijuana had 55% more industrial accidents, 85% more injuries and 75% greater absenteeism compared to those who tested negative.

Should an employee undergo a blood test in the workplace administered by a professional authorised person on behalf of the employer, and it is found that the employee’s blood contains traces of cannabis, the employer may suspend the employee and take disciplinary steps against that employee.

The employee could be dismissed.

Case Study: The implications of the personal use of cannabis and its impact on the workplace were considered by the Commission for Conciliation, Mediation and Arbitration (CCMA) in the case of Mthembu & others v NCT Durban Wood Chips [2019] 4 BALR 369.

The respondent claimed that due to the highly dangerous operations in its factory, it had a zero tolerance approach to working under the influence of alcohol or drugs, of which the applicants were aware.

The Commissioner noted that the Constitutional Court had just declared private use of cannabis legal. However, employers are still entitled to discipline employees who use cannabis or are under its influence during working hours. The respondent’s operations indicated that such a prohibition was reasonable and the applicants knew that they were not allowed to report for work while under the influence of cannabis.

The applicant’s dismissal was therefore fair. The application was dismissed