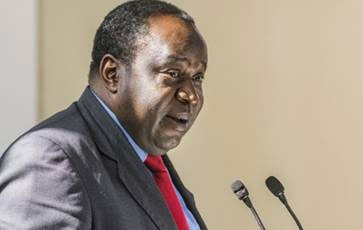 The Minister of Finance, Tito Mboweni, said in his Supplementary Budget 2020 speech this afternoon he expects the economic fallout from the Covid-19 pandemic to negatively impact on employment for the rest of the year.

UASA was pleased with the announcement that R6.1bn had been allocated for the repurposed public employment programme and a Presidential Youth Employment Intervention.

We have heard similar job creation promises over the years and still the recent numbers show that unemployment is on the rise. The government now has to pay special attention to these interventions and ensure they archive the intended purposes, else masses will be left unemployed and the economy rendered unrecoverable.

We also encourage Minister Mboweni to put an end to South Africa’s “borrowing binge” immediately. If South Africa keeps borrowing from the international community, we might end up in a sovereign debt crisis given our already poor performing economy.

According to data released by Stats SA earlier, annual consumer price inflation (CPI) is at its lowest level since June 2005, when the rate was 2.8%, this mostly a lack of demand, pointing to a very weak economy.

For further enquiries or to set up a personal interview, contact Stanford Mazhindu at ‪074 978 3415‬