INCREASED FOCUS ON RENEWABLE ENERGY CAN CREATE THOUSANDS OF JOBS 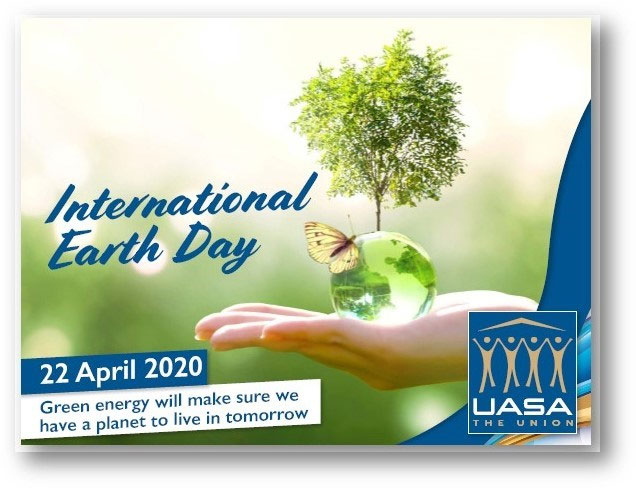 Renewable energy sources such as wind, biomass or hydroelectricity have the potential to create thousands of jobs in South Africa.

Studies have shown that moving to renewable energy creates more employment. Solar-related employment increased by 168% over the past 7 years in the USA where more than 350 000 people are now employed in the solar energy supply chain. These are jobs created by only one green energy source.

Eskom, in its current form, is an unreliable electricity power provider partly due to its aging infrastructure and old-generation methods. At the same time South Africa’s current unemployment rate of 29% will be exacerbated due to an even faster disintegrating economy as a result of the national lockdown and the recent downgrades by international ratings agencies such as Moody’s and Fitch.

With World Earth Day on the 22nd of April, UASA poses the question: Has the time arrived to focus on new electricity-generating models that, while efficient, are not harmful to the environment?

In future Eskom’s sustainability will depend on renewable energy as the company will endeavour to lower the cost of electricity production, save water and become more reliable while eliminating pollution.

World Earth Day aims to raise awareness about the negative impact human activities have on the environment. UASA urges government to look at renewable electricity-generating options that will benefit not only Eskom, but all South Africans.