INCREASE IN UNEMPLOYMENT A CONCERN – MIGHT INCREASE BEFORE IT GETS BETTER 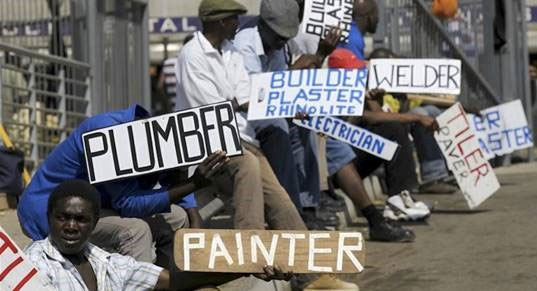 UASA is most concerned with the shocking increase to 29% in the unemployment rate as announced by Stats SA this morning – an increase of 1,4% that brings us to  the highest unemployment rate since early 2008. We fear it might get worse before it gets better.

The Quarterly Labour Force Survey for the second quarter states South Africa now has 6,7 million unemployed people between the ages of 15 and 64. Of these, some 2,7 million are discouraged job seekers.

This begs a few questions that need urgent answers, such as

While one wonders if the government is still concerned with the growth of the economy or whether they would rather continue spending increased amounts of tax-payers’ money to bail out failing SOE’s, it is crystal clear that internal political bickering stands in the way of progress. Our political representatives would do well to put the country first and cease the never ending battles for power and prestige.

The numbers confirm that it can’t be business as usual in terms of government policies and political uncertainty. Very fast economic growth – not redistribution – is needed to alleviate South Africa’s job crisis.

UASA supports calls by FEDUSA for the president to issue a moratorium on retrenchments. The Presidential Jobs Committee meeting in August must focus on creating an urgent turnaround strategy to not only save jobs but boost the economy so that more jobs can be created.