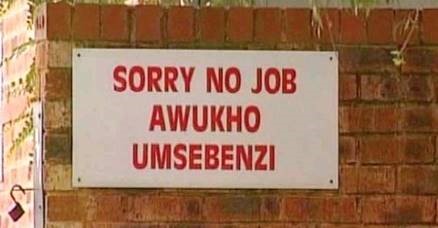 South Africa has now reached its highest ever recorded unemployment rate of 30.8% in the third quarter of 2020, according to the numbers released earlier today by Statistics SA.

UASA is deeply disappointed in these numbers even though we didn’t expect any better since none of the reforms to alleviate unemployment have made themselves felt yet.

Sadly, future job losses are a real possibility as the full economic impact of the lockdowns starts filtering deep. Economist Mike Schüssler while presenting the 19th South African Employment Report (SAER), pointed out that the effects of the pandemic will most likely be felt well into 2021 with an estimated 1,3 million to 3,3 million jobs lost on a permanent basis.

South Africa is fast approaching a situation where a small working minority will end up taking care of the rest of the country – an unfeasible situation that will result in even higher taxes that no-one can afford anymore.

It will take years for the number of employed to return to pre-lockdown levels. UASA, therefore, again calls on the government to prioritise employment creation as a matter of urgency.