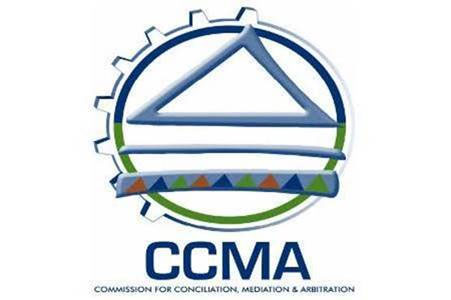 The financial crisis at the Commission for Conciliation, Mediation and Arbitration (CCMA) since government announced a budget cut of R600 million over three years is affecting the turnaround time of cases involving UASA members and South Africans in general.

UASA insists that government reconsider the budget cut decision and restore funds for the CCMA – once the prime guardian of dispute resolution – to fully operate with enough capacity once more.

The CCMA’s strength has always been its balance in having both full-time and part-time commissioners who resolve and adjudicate on strikes, unfair dismissals, unfair labour practices, and unfair discrimination. However, the budget cuts resulted in the termination of contracts with part-time commissioners which severely affects the turnaround time of cases to the detriment of workers.

It is the experience of UASA’s Legal Department that telephones at the CCMA remain answered, numerous messages left with CCMA staff remain unattended to and excuses, perhaps even possible fabrications, are provided to explain the undue delays in cases. Other mutual interest disputes which involve salary or wage disputes remain stagnant and remain unmediated. Waiting times have increased four-fold, especially arbitration matters where disputes referred last year and early 2021 remain unallocated.

UASA members involved in cases that need urgent legal attention are directly affected by the crisis.

The unexpected and ill-considered budget cuts were never in line with the increase in services, including dealing with the effects of the Minimum Wage Act. The budget cut also impacted heavily on the country’s workers who suffered job losses due to the Covid-19 lockdown regulations, and who in cases of unfair dismissal or other labour-related problems have to deal with a CCMA that is not functioning to full capacity. Apart from the budget cut the CCMA has to work with a diminished staff component due to Covid-19, which means less turnaround time per case.

UASA demands that government provide proper services for workers who need assistance with labour-related issues. Both workers and employers must know that there is a functioning CCMA to protect against abuse and unfair treatment.

Government needs to examine and measure the consequences of the CCMA’s depleted budget – i.e. unresolved disputes and undermined worker’s rights – against the organisation’s ability to help preserve labour peace and reduce the socio-economic hardship of workers.