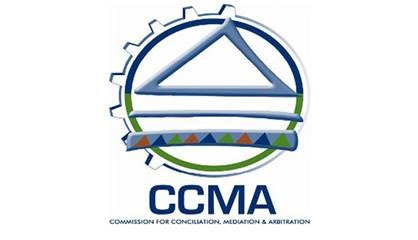 UASA commends the Commission for Conciliation Mediation and Arbitration (CCMA) for its continued efforts to stem the tide of job losses in collaboration with various organisations.

Retrenchments in the 2018/2019 financial year were mostly due to the Fourth Industrial Revolution 4IR, the CCMA said during the release of its annual report. The commission reported it had managed to prevent 15 787 retrenchments out of a possible 38 588 during the year.

The number of jobs being shed via retrenchments is shocking given the current unemployment rate of 29%. We need to find new solutions to the unemployment crisis and take government to task for not creating a viable environment for economic growth. South Africa needs more people at work, not less, if we want to see a flourishing economy and build a society in which all people have a chance at a better life.

The CCMA’s dire warning that it foresees more retrenchments in workplaces, as factors such as 4IR take over the work environment, should be taken seriously.

UASA asks again: Where are the promises of the job summit?

A year ago, at the signing of the Job Summit Framework in Midrand, pres. Cyril Ramaphosa said initiatives and agreements coming out of the Jobs Summit would lead to 275‚000 jobs a year. What happened to all those jobs?

UASA is concerned with the continuous job losses as they affect not only the employees but their families and those dependant on the salaries. Business owners are also feeling the tight economy with shrinking production and competition from cheap imports.

Though we acknowledge that the government is working to boost the economy, we need everyone on the same table finding a way forward to help the countries’ struggling economy and not be distracted by politics and personal differences.