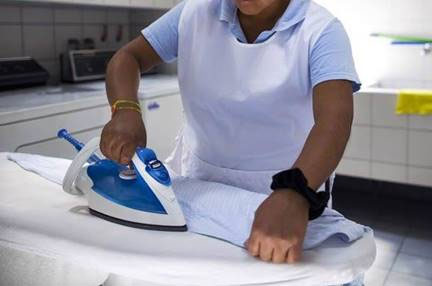 The loss of over 311 000 jobs in private households between the first and the second quarter of the year due to the lockdown is reason for concern.

This leaves hundreds of thousands in the lower-income groups stranded, having no choice but to try and live off the R350 government grant and a child grant if they have children.

The extended lockdown forced domestic workers, gardeners and other employees in private households to stay at home. Although employers were encouraged to continue paying their workers, many experienced partial or total loss of income themselves which made it difficult to keep on paying wages.

Before the lockdown and due to the weak economy and rising costs many households had already reached the financial tipping point where a decision was made to no longer outsource domestic tasks.

Under the Temporary Employer – Employee Relief Scheme (TERS) administered by the Unemployment Insurance Fund (UIF) provisions to assist domestic workers during the lockdown were made with more than 14 113 domestic workers benefitting from the special lockdown benefit to the tune of R55 572 870.00.

UASA welcomes this support from the government, though it is but a temporary solution to the problem.

The future for these now unemployed breadwinners and their dependents is dire and a solution to the problem distant.