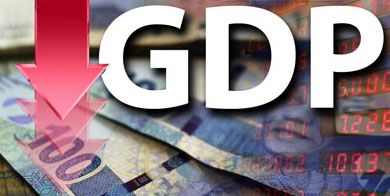 Stats SA’s announcement earlier today that the economy contracted yet again in the second quarter of the year brings home the devastating impact of the Covid-19 lockdown restrictions.

A GDP decline of 51% is massive and a clear indicator of the damage done since the lockdown became effective towards the end of March this year.

As noted in the 2020 UASA South African Employment Report (SAER), it seems clear that South Africa should have rather tried to find the least disruptive solution for the Covid-19 crisis instead of imposing debilitating restrictions that only pushed the country deeper into recession.

Combined with the negative effect of load-shedding, the concerns about our fiscal situation, ongoing allegations about corruption and weak growth prospects, this will have a further negative impact on the already low investor confidence.

The only sector that made a positive contribution to the second quarter figures was agriculture which expanded by 15.1%, while construction, manufacturing and mining fell by 76.6%, 74.9% and 73.1%, respectively.

Household consumption contracted by 49.8% indicating job and income losses. This, while the country entered the Covid-19 crisis carrying double the unemployment load of any major economy of the world, and the highest the country had ever seen.

The effect of the lockdown on employment and earnings is dire with unemployment numbers expected to increase to between 1,3 million to 3,3 million jobs lost on a permanent basis by March 2021, according to the 2020 UASA SAER.

While economists hope for a sharp rebound in the third quarter, recovery will likely be slow and it will take years before a semblance of normality is reached..