DENEL BOARD ABDICATED ITS RESPONSIBILITY, LEAVING US IN THE LURCH, SAY WORKERS 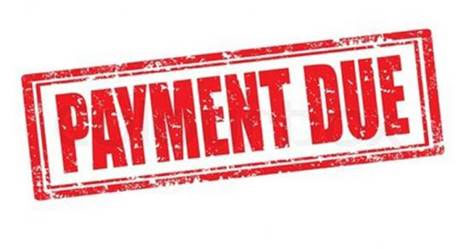 After eight months of financial hardship Denel employees want the company to take responsibility for all outstanding salaries and start paying them in full again.

“Denel Corporate decided, immediately after the first court hearing and judgement, that each company division is on its own and must generate their own income, thereby abdicating their responsibility,” a worker said.

Denel workers spoke to UASA on condition of anonymity for fear of reprisal. Some workers were cautious but hopeful that Denel may still pay them their full salaries, including back pay, even though their January salaries had not been paid.

However, a union leader at the company said unless the state-owned weapons manufacturer gets a cash injection, there is no way they can trade themselves out of this situation.

Workers haven’t received their full pay since 8 months ago, when the salaries for end of May last year were paid.

“I am behind with my rent; I am indebted to such an extent that I have no idea on how will I survive this much debt. My insurance policies are behind – my aunt, who looked after me since my mother died, is now no longer insured as I will not be able to take out a new policy for her because she is elderly. I can’t afford to buy my children the data they need for schoolwork,” one said

“At home in the Eastern Cape I had to release the person who was looking after my house in my absence as I could not pay or buy her groceries anymore. Since she left my house has been broken into several times,” said another employee.

Another one told how some workers lost their houses or rental homes. Others incurred huge debt by having to ask for payment holidays on bonds and policies.

The workers said they had been informed that the banks will no longer approve payment holidays. Workers who have not yet been paid for January don’t have the means to travel to work and can barely feed their families. Many can’t put food on the table and were asking about food parcels.”

The employees said when the Temporary Employer/Employee Relief Scheme (Ters) was still active, it helped them get by but since the scheme ended they are back to receiving less than half of their pay each month although they are required to report to work every day. “If don’t report my boss calls me and will inform me that he needs me at work,” one worker said.

UASA instituted contempt of court proceedings against the directors of Denel after the state-owned weapons manufacturer did not act on a court order dated 4 August 2020 to honour all outstanding contractual and statutory obligations towards UASA members in its employ for the months of May, June and July 2020.

Early December the case was postponed affording the board members further opportunity to file affidavits in response, but despite being given this second chance, the board members failed to disclose the true financial position of the state-owned weapons manufacturer.

On 28 January UASA argued in court that the directors failed to place enough credible evidence before the court to make a finding that the company was financially unable to comply with the court order of 4 August 2020 and that the board members stood indifferent to compliance and failed to do everything necessary to comply with the order. Judge Andre van Niekerk reserved judgment.

The judgement will be emailed to UASA’s attorneys as soon as Judge Van Niekerk has considered all the submissions. UASA urges Denel management to comply with the judgment as soon as it is issued.

For further enquiries or to set up a personal interview,contact Rick Grobler at 072 225 1094.